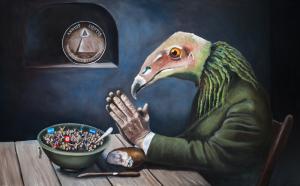 Getting into the refining stages, check out my blog for a step by step process from the beginning.

The Creation of Turtle Island 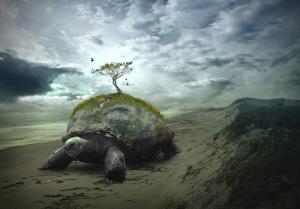 This is by far the most popular of my digital works. I have more views and sales of this image than any other so I thought I would compile some of the images history in one place on my blog. This was originally created for a "Chop A Turtle" contest on Worth 1000 when it was still around.

The Pink House and Tussle Magazine

The Pink House is one of my favorite photographs. It sits in the middle of the salt marsh in Newbury, Ma. and I drove by that house every day on the Plum Island Turnpike for the 2 years I lived on Plum Island. It is an enchanted, abandoned old house that sits all alone in the middle of the marsh. I always wondered about the story of the house but never knew anything while I lived there.

Western Series of Textured Photographs
These have been a lot of fun creating and now I am piecing images together from multiple images as well as just applying textures. Here are my latest works.

I started on a new painting yesterday. I thought I would do a watercolor this time, Ive been wanting to do one for a long time now. While my wife and I were out thrift store shopping this weekend I came across a stuffed Raccoon at the Salvation Army Thrift store and snapped a picture of it. It is pretty old and disgusting but I thought it would work well as a reference. 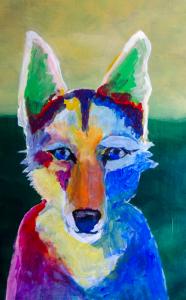 I started a new Coyote painting last night. I am painting with
acrylic paints on watercolor paper for this one. This is on a half sheet of smooth paper 15"x23"

This is my progress so far and the step by step process follows. 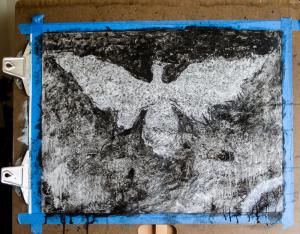 I have entered a contest where I have to paint a Phoenix. I have never done a
Phoenix before and it isn't usually my genre of subject but I really like
the idea of painting fire so I thought I would give it a try.

I will be posting a daily step by step process of the work and on the fly changes as they happen. 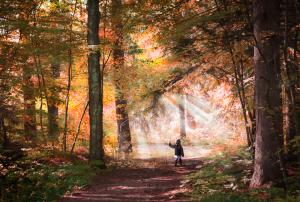 I created this image the other night while going through some of my old images that had promise.

Bowtruckles are magical creatures that live in trees that are usually used for wands. They dwell in western England, southern Germany and certain Scandinavian forests. They are pixie-like bark-coloured tree-guardians of about eight inches in height. They have knobbly arms and legs, two twiglike fingers on each hand and a barklike face with small beetle-brown eyes; a camouflage that makes them difficult to spot in their natural habitat.

I created another manipulated image for a contest on Dagger Bay.