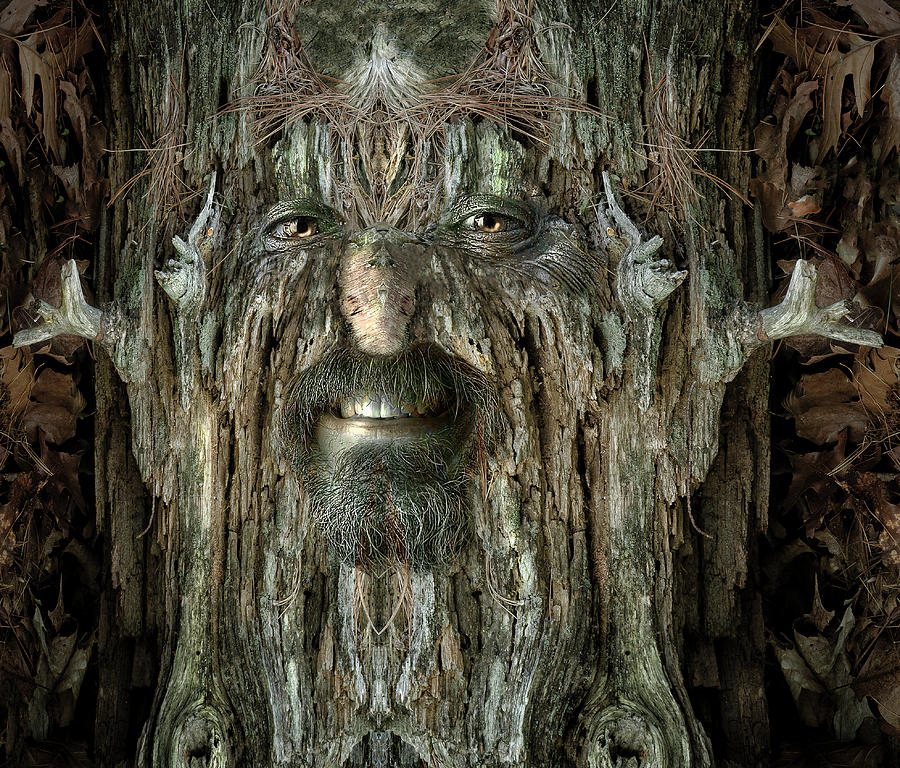 Kodama are spirits in Japanese folklore that inhabit trees, similar to the dryads of Greek mythology. The term is also used to denote a tree in which a kodama supposedly resides. The phenomenon known as yamabiko, when sounds make a delayed echoing effect in mountains and valleys, is sometimes attributed to this kind of spirit, and may also be referred to as "kodama".

These spirits are considered to nimbly bustle about mountains at will. A kodama's outer appearance is very much like an ordinary tree, but if one attempts to cut it down, one would become cursed etc., and it is thus considered to have some kind of mysterious supernatural power. The knowledge of those trees that have kodama living in them is passed down by the elderly of that area over successive generations and they are protected, and it is also said that trees that have a kodama living in them are of certain species. There is also a theory that when old trees are cut, blood could come forth from them.